Mike from Space Invaders came on Friday morning and asked if ØSC would like to have a session with them. Yes of course, they wanted :-)
They arranged to meet in the late afternoon at the Space Invaders camp stage.
A little bit before 17 ØSC entered the self-made stage and the journey through the space began.
There were not so many people as nearly nobody knew that these two groups would play together here and now. But those who were there enjoyed it a lot ...
the music and the atmosphere were really cool. 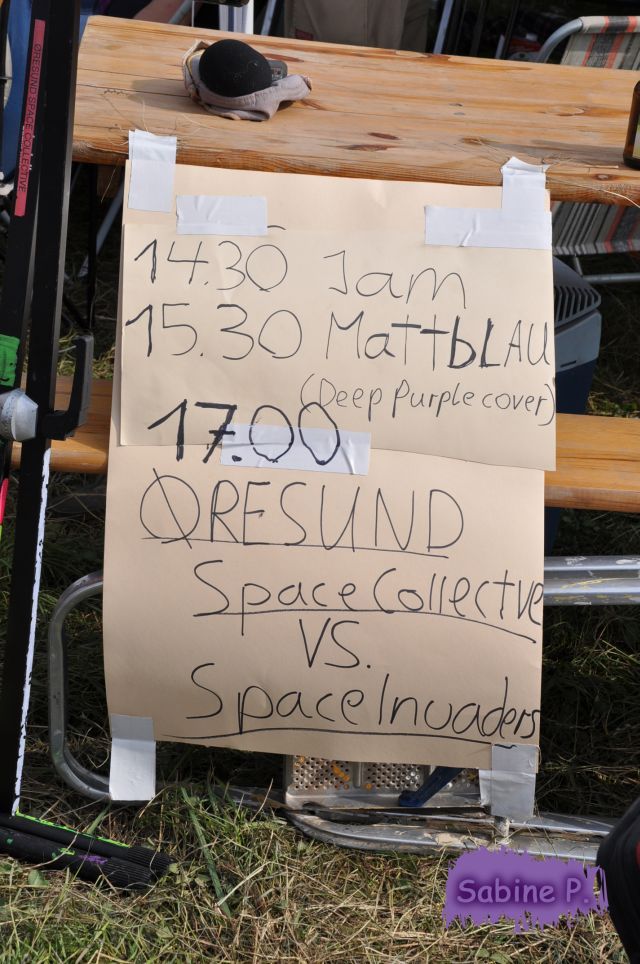 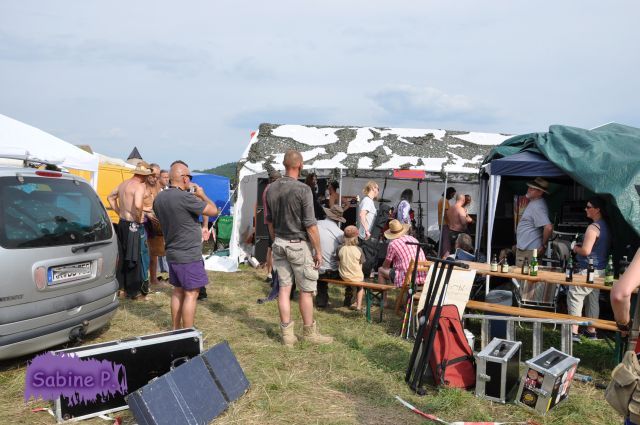 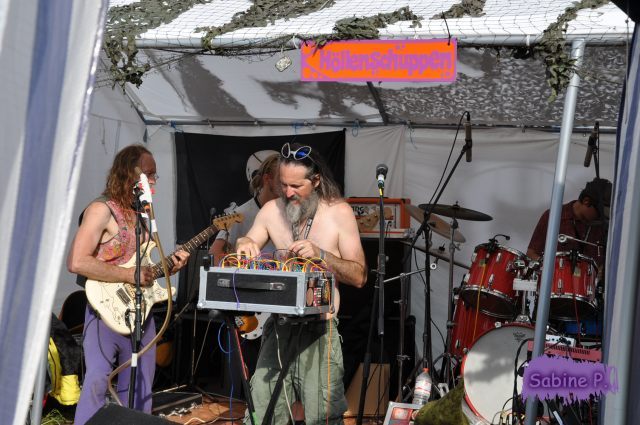 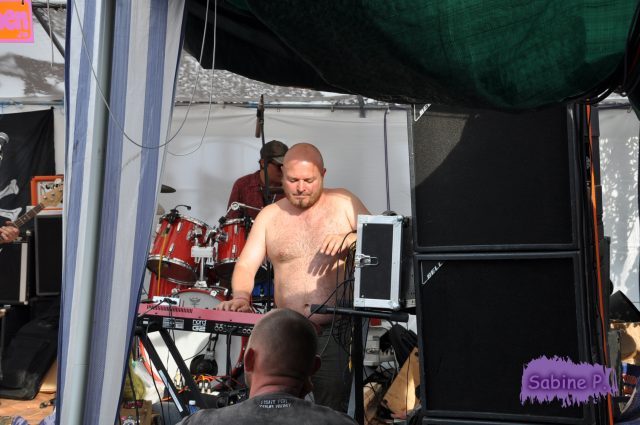 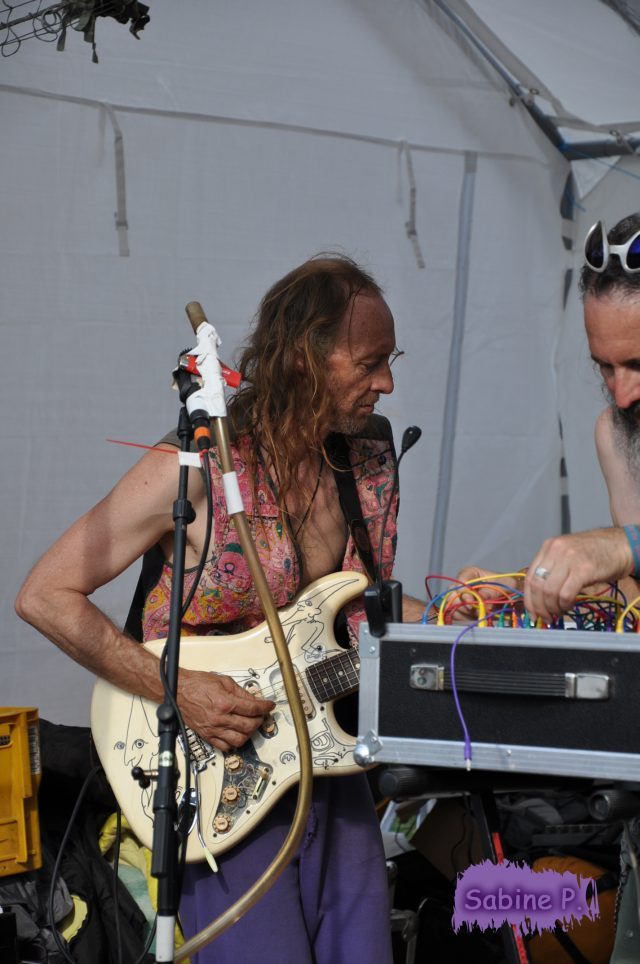 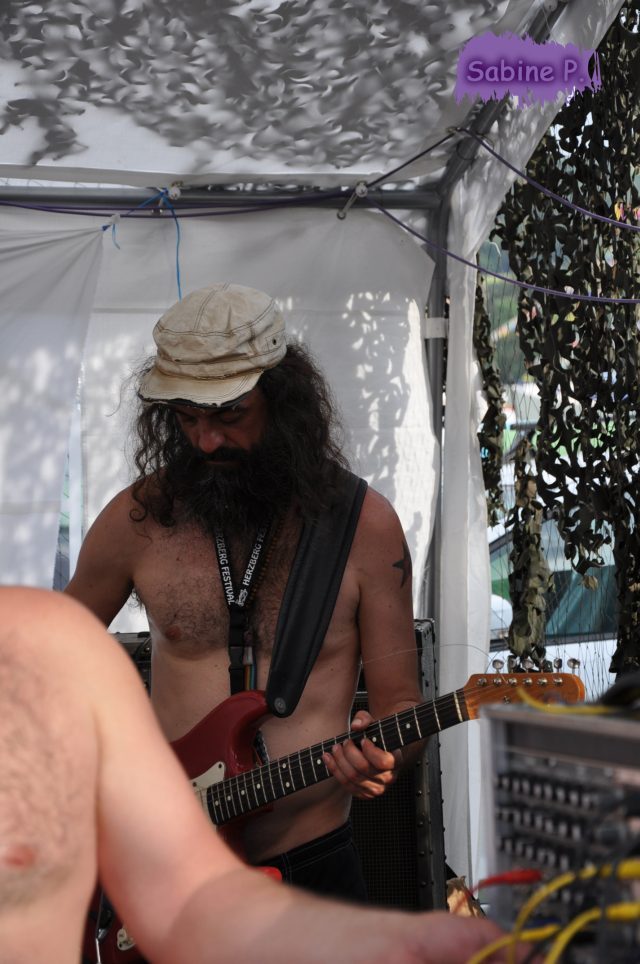 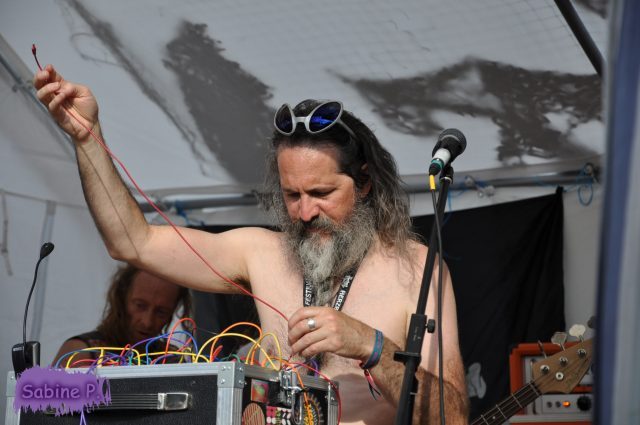 © All pictures by Sabine Pottien